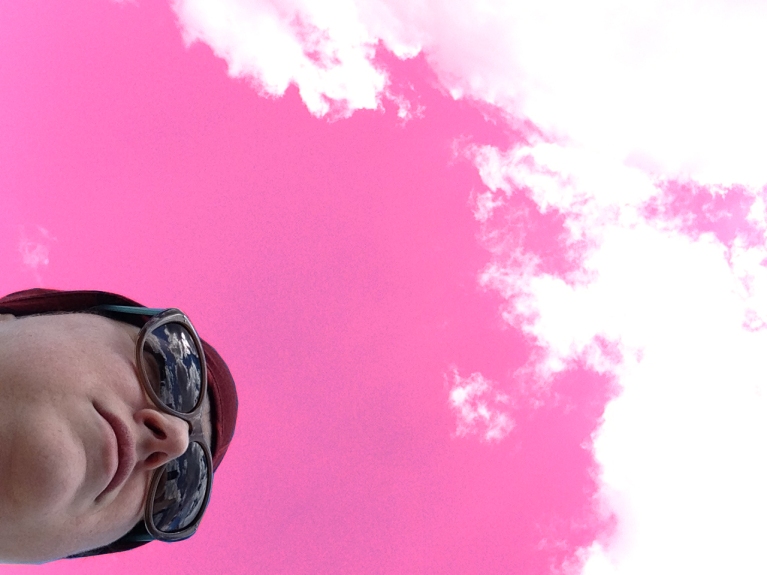 Its October and I’m trying to live large and metastatic in the pink haze of this ‘happy’ breast cancer month. Everywhere I look my world is pink washed. Its a constant struggle to see past all the pink blenders, tutus and insensitive slogans like “save the tatas”. Almost as prolific as the colour pink is the term Survivor. It has become a war cry, a call to arms. It is used to portray the power of the human spirit to overcome all adversity. It is used as a tool to unite and empower the breast cancer community. It declares that somehow against all odds an individual can prevail. On the surface it is easy to get behind such inspiring and powerful war cries such as “I WILL SURVIVE” or “I AM A SURVIVOR”.

Two months after I was diagnosed with metastatic breast cancer I participated in CIBC’s Run for the cure. This is the Canadian equivalent to the Susan G Komen’s Race for the cure. Thousands of people brand themselves with pink breast cancer ribbons and paraphernalia and walk or run for the “cure”. It was during that event that I first faced my struggle with the word survivor. The run had two starting lines, one for survivors and one for everyone else. I remember looking around and feeling unclear on where I should stand. I felt isolated and out of place. Like a skeleton in a vey pink closet.

The term survivor is a loaded and divisive term in the cancer community. Many organizations have tried to redefine survivor to make it inclusive of all stages and diagnosis. Regardless, the term survivor for many metastatic, advanced and incurable people is isolating and uncomfortable. Why is this? Why do so many organizations cling so tightly to this word when it is so loaded?

In truth, there is no clear definition of Survivor. Survivor is grey and unclear in its multitude of varied definitions. According to Dictionary(dot)com, to be a survivor you just have to ‘function’ in spite of opposition, hardship and setbacks. Function is sizeable word that can encompass anything from having a heartbeat to living a full and active life. The Oxford Dictionary definition of survivor references massacres and living after others have died. Both are extreme and neither are particularly helpful for me in describing my cancer journey.

There are also underlining cultural implications that surround survivor. In popular culture there is the song “I Will Survive” and a reality show called “Survivor”. What type of survivor was Gloria Gaynor evoking in her disco anthem? What does it mean to be the sole survivor in CBS’s reality show?  The song seem to evoke overcoming and moving beyond diversity. The reality show is centred focused on the last man standing or the sole survivor.  “All castaways will compete to outwit, outplay, outlast and ultimately be crowned Sole Survivor.”

For me cancer is not about overcoming and moving beyond and it is definitely not about being the last man standing.  My journey centres around acceptance. Acceptance that for the rest of my life I will be living with the diversity, hardship, setbacks and opposition that will result from my illness.

Acceptance of my diagnosis.

Of my unsure future.

Of the diversity in my quality of life.

Of the many setbacks I have experienced and will experience.

Of the fact that I will never overcome or beat cancer.

Of my life that has been interrupted.

Of the fact that in my 30’s while I’m focused on living purposefully, I am constantly preparing for my death.

I think that the word survivor is important. I think that in general it speaks to the cancer experience of the majority. My argument is not that it should discarded. Rather I think that it should not be used as a holistic term for anyone who has cancer. I would argue that attempting to create inclusivity based on grey technicalities is in its essence divisive. When searching for words that are truly inclusive and empowering to an entire community, language needs to have clean margins. It needs to lack the fuzziness that is the result of varied and inconsistent definitions. If an expression has to be defined and clarified in order to make it inclusive and empowering it is in its essence alienating.

A term that is meant to unit and empower a community in its entirety should be clear, intuitive and without cultural baggage. It should not create confusion and isolation. It should not have dirty margins.

For me referring to myself as a survivor undermines my tentative relationship with my diagnosis. It erodes the significance of my reality. It disregards my truth. My life now cycles in an out of difficulty and diversity. I live on a roller coaster that I do not control and cannot get off of. My quality of life is not what it should be as a young mother in her late thirties. I still have great days, wonderful experiences and connections with people. But always deep under it all…under the good and the bad is the ugly truth that I will not survive. It is not to say that my illness will not have survivors. I will be survived by my 90 year old grandmother, my husband, my children, my parents and my loved ones. They will live well after and beyond my cancer journey… and I hope, will thrive despite it.

So this October, I stand here, alone in a crowd of pink survivors and ask that we as a community take a close look at the words we use to empower and unite. I ask that we think hard about why we are holding on to terms that need to be clarified and refined to include the metastatic community. Every moment counts and how you use language has deep meaning. Words have the power to define world views. They have the power to include or isolate. Words can define how we as a culture look at and address the cancer experience. There needs to be space in how our culture deals with cancer.

Space for those whose stories are about living with cancer and ultimately not surviving it.