A House and… Letting Go 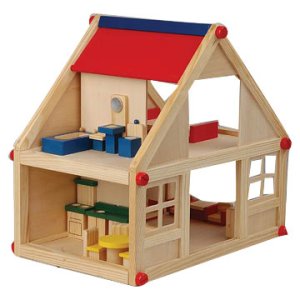 I watched this movie once. A father with terminal cancer decided to build a house with his son. Through the process of building this house the father was able to tie his life up with a neat little bow before he died. Furthermore, building the house became the foundation that mended a stained relationship between the father and the son. On so many levels this movie was a beautifully composed story of love, life and a house. A house that spoke of a life completed. Of goals met. A house that reconnected an estranged family. A house that became a home. A home that represented a love that was immortal. A house that is a legacy.

The movie represents how we in western society view people with terminal cancer. The tragic hero, who against all odds creates a legacy. A hero that discovers the true meaning of life just before he dies. His hero status, magnified by the way his life and subsequent death, acts as a catalyst for the personal growth of the people around him. A life that could be summarized by the act of building a house. The belief that life even if it is cut short, can be tied-up in a neat little bow. A life wrapped up with a completed bucket list.

I’ve always been driven to live a life of meaning. In my early twenties when I discovered architecture, my perspective of the world opened. I fell deeply in love with the possibilities and potential. Through buildings I could change how someone intuitively experienced the world around them. Through architecture my life could make a true impact. The sky was the limit and all I needed to do was hold on tight and learn as much as I possibly could. Then I could begin to create buildings that would be master pieces.

Unexpectedly cancer happened and my life was turned upside down.

Its hard to put words to how I first viewed my life after I was diagnosed with metastatic cancer. I’ve heard it described as a dual awareness that delicately floats between reality and hope. For me, thoughts of death tore a ragged wake through my belief that I was going to live forever. I grieved my future through a the hue of pink optimism that surrounds breast cancer survivorship. My feelings were not clear or easily discernible. Until cancer I had never experienced the strong duality of conflicting feelings that tend to co-mingle in the ebb and flow of living condensed.

After months of living in a deep place of darkness and grieving, the light slowly started to trickle in. I began to take steps towards acceptance. A greyish acceptance mixed with subtle fractures of denial. This dual awareness gave me the space to start thinking about legacy. A legacy that could speak to my identity as a woman, an architect, a wife, a daughter and a mother. I began to think of my life as condensed. Through shear will I planned to compact a lifetime of experiences and accomplishments into a couple years.

I started to dream of building a legacy house for my family. I believed that this house, like the house of the father in the movie, would tie my life up neatly in a grand gesture of love, passion and determination. Like the hero fighting against all odds, my dream to build a house would come true. Through my house I could leave the world with a piece of me in it. A reference to all that I could accomplish and achieve if I had just been given the time. I would play the role of the tragic heroine. The predicable story arch would ensure a completed bucket list and self discovery. The credits would roll and the curtain would drop on my family living in the beautiful house I created for them. The house that would be a physical representative of my love, passion and potential.

My story would be abridged but it would be complete.

I became consumed by a sense of urgency as I tried to compact a long life of accomplishments into the short time I felt I had left. I couldn’t see clearly. I couldn’t let go of the idea that if you try hard enough anything is possible. I desperately clung to my legacy house, ignorant of the emotional and physical tole it took on myself and my family. Ignoring reality, I doggedly began the process of designing. My legacy driven by the fear of what would happen if I was to let go of who I was prior to cancer. I was so afraid of losing and by default cancer winning.

Facing my mortality and desperately holding onto who I was, was next to impossible. Regardless of how hard I tried, cancer began to erode my identity and change me. I started to look at my life differently. I began to face my limitations. There was possibility that I could die in the middle of getting the house built. Very real questions began to break the surface of my cloak of denial. What would adding a stressful renovation to my already hectic life do to my family? How would we afford it? Would the house still fit us if my health deteriorated?

To make things worse one of my neighbours started to adamantly oppose the renovation. She called the city counsellor and had her family write protest letters to the planning department. I was devastated and deeply hurt. The press got involved which polarized the neighbourhood. A neighbour approached Ian and told him he should be ashamed of himself to stress out a little old lady by launching the press on her. Which he didn’t do. My dreams and legacy became more and more complex.

The barriers began to compile. In February we discovered my breast cancer had metastasized to my brain. I had a seizure and I lost my licence. This was a huge piece of my independence. Ian and I began to openly discuss our fears around building a house. Creating memories with my family and our quality of life began to take a forefront. Architecture became less and less important as I began the process of letting go of who I was previous to cancer.

We decided that the stress of building a house would overtake our ability to create memories while I was still alive. My tenuous mortality was brought to the surface when cancer spread to my brain. With that in mind we began the process of finding our forever home. Something that was already built and located in a neighbourhood that I could maintain my quality of life without a car. A place that would give us the time to build memories as a family.

Letting go, for me, is one of the hardest parts of living with this disease. Having to constantly let go of your dreams and ambitions can be dehumanizing. Grieving the reality that I cannot compact a lifetime into the time I have left has been indescribably painful. Everyday day I fight an irrational sense of urgency that seems to erupt deep from my core.

In some ways I am broken and lost by cancer. There are days that I am a tornado of complicated and irrational feelings. With little effort I am constantly being sucked into a vortex of needing to live fast, condensed and hard. This way of living is not balanced and cannot be sustained. Sometimes I am in so much emotional pain and discomfort that I struggle to let people in. Its hard to allow yourself to be vulnerable when you feel like parts of your life is caving in around you.

This state of being amplifies my need to be resilient and thus independent. I resist help and irrationally cling to any form of normality like a rabid dog. Simultaneously there are moments of light. As I learn to live with an insecure future I have found my voice. I have discovered strength in my friendships and community. Cancer has made me acutely aware of the dualities that are part of being human. Conflicting emotions can live simultaneously in the same space and time.

Letting go of my identity as an architect has allowed me to explore the importance of creating memories. Saying that I don’t think cancer has made my life better. I am no heroine. If cancer had not happened I wouldn’t have to choose between making meaningful family memories and the career I am so passionate about. Cancer has forced me to choose. I am forced to accept that a house can be just a house. That my family and their memories are the foundation in which I have to build a new identity.

Letting go of the movie version of my life with terminal cancer allows space to live without the pressures of playing the role of tragic heroine. Space to accept that my life will not be tied up in a little pink bow. It will be incomplete and messy and I must find acceptance and beauty in this state of being.